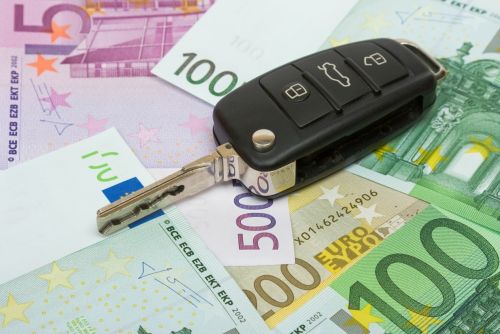 A particular clause forming part of a company car arrangement made it obligatory for the employee in question to renew the lease in her own name or take over the car altogether if her employment contract were ever terminated for reasons which were attributable to her while she had been using her company car for private purposes as well.

The employee in question initially also made private use of the company car which had been made available to her, without her having to make a compulsory contribution as long as she remained within the annual personal mileage maximum of 10,000 kilometres. During the term of the lease the employee owing to maternity leave reduced her working week and discontinued her private use of the company car, and in consultation with her employer took over part of the lease instalments. Eventually she resigned altogether, while the lease was still under way. Her employer insisted that she should take over either the lease or the actual car. The resulting stalemate between the two sides eventually caused them ending up in court.

The Leeuwarden Court of Appeal ruled that the stipulation forming part of the lease failed to be clear as to whether the private use of the company car was required to have continued up to the moment the employment contract was terminated, or whether it had been the intention when the lease was first entered into that the employee would be using the car for her own private purposes as well. The Court established that the choice of company car was essentially up to the employee for whose use it was intended, and that the employee in question in selecting her car had remained within the appropriate standard lease price bracket. Had she picked a car from a pricier category, this would have resulted in the excess being charged on to her (as a deductible of sorts) and in her having had to reimburse her employer for the surplus when her employment contract was terminated. Given that only the surplus would have been charged on to the employee had she exceeded the standard lease price, the Court failed to see why the full complement of obligations under the lease should be reassigned to the employee in this particular case: rather than representing a boilerplate clause aimed at any old scenario involving personal use being made of a company car, as the Court put it, the stipulation forming part of the lease arrangement was aimed at the scenario of a dismissal which had been attributable to the employee him or herself having had adverse consequences.