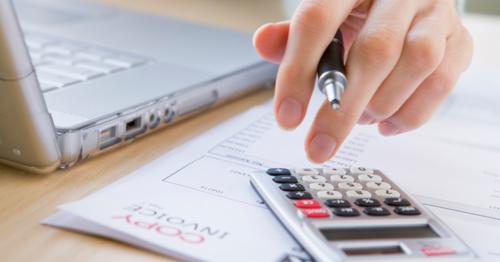 The Small Business Scheme (Dutch acronym: KOR) forms part of the Dutch tax system. The Scheme exclusively caters for natural persons whose annual turnover tax charge net of input tax turns out at no more than 1,883 euros and who under the Scheme are entitled to having their turnover tax charge reduced to 1,345 euros at the outside. Any business owner whose turnover tax dues the Scheme has eliminated altogether can petition the Inspector of Taxes with the request to be relieved of his or her administrative and invoicing duties, resulting in his or her no longer having to include value-added tax in his or her outgoing invoices, in exchange for forfeiting his or her input tax entitlement.

A revised version of the Small Business Scheme providing for a sales-related exemption arrangement is scheduled to take effect on the first of January 2020, featuring an annual sales maximum – for all small businesses irrespective of legal form – of 20,000 euros, “sales” being defined in this instance as pertaining to the supply of products and services having Dutch tax liability regardless of the rate and of reverse-charging (or not) to the customer.

Business owners who apply for admission to the revised Small Business Scheme are exempted from having to file turnover tax returns or performing the requisite administrative duties in relation to their supply of products and/or services domestically. They will still have to perform certain administrative duties, and may have to file for turnover tax, where the tax in question has been reverse-charged to them. The revised Small Business Scheme (like the original edition) is to apply to Dutch-based businesses and permanent establishments only. The supply of immovable properties in use as part of ongoing business operations is excluded from the Scheme. As soon as a business which has been admitted to the revised Small Business Scheme exceeds the sales maximum for the calendar year, this will cause it to forfeit its eligibility for the scheme and the associated exemption, causing it to revert to the “regular” turnover tax regime including the filing duty.

A choice in favour of application of the revised Small Business Scheme is essentially made for an indefinite term. The option is available of cancelling the exemption on expiry of a three-year minimum period of use. It will then take three years for the business to regain its eligibility for exemption. Any business owner whose expectation it is that he or she will not be turning over more than 20,000 euros in 2020 and who is keen to be granted exemption needs to complete the designated paperwork (the form in question having been downloadable from the Tax and Customs Administration’s web site since the first of June of this year) and see to the filing thereof with the Inspector of Taxes. The deadline for this has been set at 20 November 2019 (if admission to the Scheme is to be secured from the first of January 2020 onwards).

There is no need for businesses that already enjoy exemption from administrative duties under the existing Scheme to take action, as they will automatically be included in the revised Small Business Scheme.

Businesses that have made recent investments in operating assets and are keen to join the revised Small Business Scheme from the first of January 2020 onwards would do well to make allowances for a revision of their past input tax deductions, as only operating assets will be eligible for use / as the operating assets will merely be eligible for use in support of exempted performances from the first of January 2020 onwards. The revision period for immovable properties has been fixed at nine years with effect from the year following that of completion, compared with a four-year term with effect from the year following that of commissioning for movable properties. Revision will altogether be waived on condition that the revised turnover tax amount should turn out at less than 500 euros in the aggregate.

We would advise business owners who originally opted for turnover tax liability for no reason other than solar panel operation to reconsider whether they stand to benefit from being admitted to the revised Small Business Scheme where their solar panels were purchased in 2016 or subsequent years, as the revision period for these items has not yet expired.