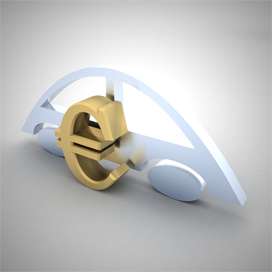 Change of company car and additional tax charge for private use

The consequences of having a “statement of no private use of company car” cancelled in the course of a calendar year – as happens in the wake of a change of car – seemingly continue to pose problems. The central plank of the regime is that the additional tax charge for private use of a company car kicks in as soon as the driver in question (using the same company car or a sequence of cars) has travelled more than 500 kilometres for private purposes during the year.

An employee kept an accurate mileage record for the period from the first of January up to and including the 28th of April 2013, according to which record he drove a total of 41 kilometres for private purposes. He then filed a request to have his “statement of no private use of company car” cancelled, it being his expectation that he would be travelling more than 500 private kilometres during the year once he had switched to his new company car. The Taks and Customs Administration presented him with an additional payroll tax charge based on the list price for the original car.

Arguing that it had never been his employer’s intention when he was given the use of the original car that he should also make use of it for private purposes, the employee suggested that he should be taxed at fair market value for the 41 kilometres he had travelled in a private capacity instead of being presented with an additional payroll tax charge for the original car.

According to prevailing legislation, a (company) car is deemed to have been made available including for private use unless the private use is shown not to have exceeded 500 kilometres annually. The Supreme Court of the Netherlands many moons ago ruled that a ban on private use being made of a car was not to be taken into consideration in answering the question as to whether the employee in question had had a car put at his or her disposal.

The District Court failed to side with the employee where the latter argued that the private use of the car should be looked into for each car individually, the Supreme Court as early as in 1997 having confirmed the maximum permitted private mileage to be the sole criterion even if the employee in question had made use of more than one company car during the calendar year in question. As it had been established in the matter at hand that the employee during the calendar year had travelled more than 500 private kilometres using his replacement company car, the Tax and Customs Administration had rightly levied the additional payroll tax for the year as a whole, as the Hague Court of Appeal subsequently confirmed on appeal.