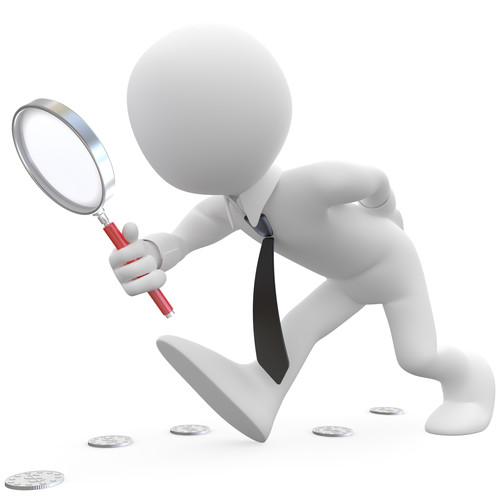 The Dutch State Secretary for Finance in a letter to the Lower House of Parliament has elaborated on how he intends to clamp down on tax dodging both internationally and at domestic level.

A major tool in clamping down on tax dodging internationally will be the introduction of a “common reporting standard” enabling over a hundred different countries using a single international standard to exchange data – on matters such as bank balances, interest details and dividends – relating to foreign account holders. The Netherlands is to launch the automatic data exchange using this standard before the current year is out.
The EU Member States have agreed that they are to set up a central register of “ultimate beneficiaries”. It will be compulsory for the Member States to provide the tax authorities with access to the details included in said register as well as to data compiled by financial institutions in a client screening context.

These are the State Secretary’s proposed measures domestically:

Voluntary disclosure scheme
The current voluntary disclosure scheme enables those who have undisclosed savings belatedly to report the relevant details to the tax man without risking a negligence penalty on condition that they should file the relevant tax return within a two-year term, on pain of a negligence penalty in the amount of 120% of the original tax charge in the event that the two-year deadline is missed. Given that the intensification of international data exchange has helped boost the likelihood of the Tax and Customs Administration tracing undisclosed assets, the State Secretary is now suggesting that the voluntary disclosure scheme should be altogether abandoned so that the regular penalty regime would apply even if an accurate tax return were filed or the relevant details were disclosed within said two-year term. The – belated – disclosure of accurate and comprehensive details would still count as a mitigating circumstance, however.

Bearer shares
Public limited-liability companies have the option of issuing bearer shares. As shares of this kind are not registered in name and are freely negotiable, they enable the holders thereof to remain anonymous, which in turn can open the door to abuse, tax dodging and money laundering.

The Cabinet for anti-abuse reasons has decided that bearer shares should henceforth be available in book-entry format only (to which end the Civil Code is to be amended), and should mandatorily be put in safe custody just like listed bearer shares. It intends shortly to present a draft Internet consultation bill.

Non-disclosure regime
Civil-law notaries and barristers statutorily enjoy practitioner-client privilege exempting them from the obligation to disclose information pertaining to third-party taxation. This brings with it the risk of fiscally relevant facts and transactions remaining concealed from the Tax and Customs Administration. According to the State Secretary this practitioner-client privilege should henceforth remain confined to specific legal duties, for which reason he intends before the current year is out to present his proposal for modification of the non-disclosure regime for consultation purposes.

Disclosure of negligence penalties
The State Secretary has suggested that negligence penalties imposed on legal practitioners should be publicly disclosed, to drive the message home that the provision of advice on unacceptable fiscal set-ups will meet with zero tolerance and make it easier for the tax payer to select the right barrister, notary or tax consultant.

Tax collection
The tax collection regime imposes certain restrictions upon the Tax and Customs Administration. These are frequently abused resulting in outstanding taxes remaining irrecoverable. The State Secretary is proposing three anti-abuse measures, resulting in the Tax and Customs Administration being given greater scope for liability claims while removing particular formal constraints the tax service is currently having to contend with in a tax collection setting.

The – proposed – expansion of the scope for liability claims concerns those to whom assets have been gifted or distributed. The liability resting with heirs is to be expanded to include the value of giftings collected by the heirs from the deceased during the 180 days leading up to the latter’s passing. The State Secretary is additionally proposing that any beneficiary of a gift or distribution from the assets of a tax debtor (resulting in the Tax and Customs Administration being diddled out of its means of redress) should be liable in the amount received.

The State Secretary intends to abolish the compulsory reopening of the liquidation of a dissolved legal entity, by arranging for the Tax and Customs Administration henceforth to see to the public disclosure of a tax assessment having been imposed on a legal entity that has in all probability been dissolved. Such public disclosure would suffice where the liability claim was concerned.

The State Secretary intends to expand the existing information duty for those having been held liable to include those having potential liability, i.e. those whom the law regards as having liability who have yet to be served with the relevant formal notice. It has been suggested to present the various tax collection measures for consultation purposes in the course of the current year.