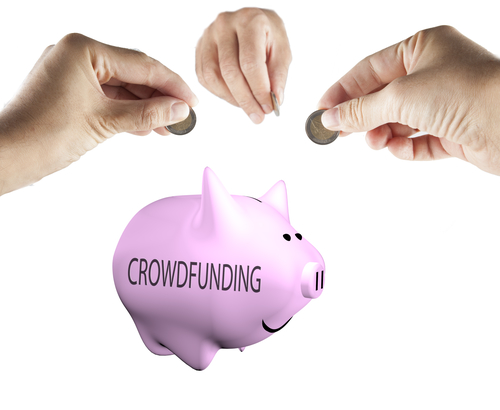 Crowdfunding (or crowd financing) is the practice of soliciting contributions from members of the community in order to get particular projects off the ground in which the donors thus have closer involvement. However, this does not necessarily bestow value-added tax exemption on crowdfunding. In fact, a variety of crowdfunding formats exist which in particular scenarios are by definition liable for value-added taks.

The Netherlands is one of the many countries where the practice of crowdfunding has firmly taken hold. Both AFM (the financial watchdog) and DNB (the Netherlands Central Bank) at an earlier juncture have looked into the necessity and desirability, and the terms and conditions to be potentially imposed, of bolting on an exemption regime for crowdfunding to the Netherlands Financial Supervision Act. A question which is currently also being addressed is that of how to deal with the value-added tax aspect. Questions on the topic of crowdfunding and value-added tax were raised with the Dutch Finance Minister earlier this year, in May, in response to reports from Brussels concerning the possible levying of value-added tax in connection with crowdfunding events, with the Minister at the time denying having any knowledge of such proposals.

The Finance Minister sees crowdfunding as a fundraising practice which, as mentioned earlier, should not by definition be taken as qualifying for value-added tax exemption. There really is just one way of finding out whether a particular crowdfunding event would have value-added tax consequences and if so, what these would be, and that is by liaising with the Tax and Customs Administration. The main question to be looked into would then be that of whether the crowdfunding event involved a particular consideration – such as complimentary or discounted products or services – being made available to the donors in exchange for their cash contributions.

The EU’s Value Added Tax Committee has stated that a crowdfunding event will qualify as a value-added tax charged transaction where the organisers offer products (or services) in exchange for donations. The upshot of this is that the products the donor is presented with will be charged with value-added tax as soon as the donor’s contribution has reached the crowd funders. Neither loans nor share distribution come under the value-added tax regime. Then again, fundraising services offered by crowd funders may likewise be liable for value-added tax.

Value-added tax charged transactions invariably place the party concerned under the obligation to register for value-added tax purposes, thus spoiling some of the attraction of this innovative fundraising practice. Crowdfunding projects, after all, have come to be acknowledged as a welcome addition to the grants and charity funding landscape in the Netherlands, which would make it inadvisable to impose (too many) restrictions.

Dutch Finance Minister, Jeroen Dijsselbloem on 14 December last in a letter to the Lower House announced that an exemption regime geared to crowdfunding platforms was to be introduced, alongside the ban on commissions and the ban on canvassing the general public with the aim of securing callable funds. Supplementary business operation requirements are to be included in the exemption regime with the aim of preventing malfunctioning and fraud. Investment maximums are to be doubled to € 40,000 apiece for equity participations and € 80,000 apiece for the loan-based furnishing of assets. Last but by no means least, the obligation is to be introduced upon crowd funders to wield an investor’s test to ascertain whether it would in fact be appropriate for a consumer to make the solicited contribution.

Although the new regime should have taken effect on the first of January 2016, this date has now been pushed back to the first of April 2016 at the latest.