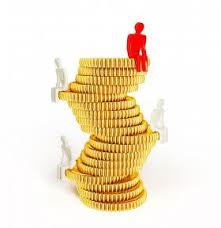 Deferral of introduction of deposit accounts

Is the deposit regime being introduced, yes or no? This is very much the question now that the Tax and Customs Administration has confirmed that the scheduled introductory date of 1 January 2014 has been missed. According to an announcement made as recently as November 2013, the long-awaited switch from G accounts to the deposit regime should have been launched on 1 July 2014 and completed by 1 July 2015. The draft legislation providing for the introduction of the deposit regime into the Netherlands Collection of State Taxes Act 1990 having been presented in 2007, it has since taken the Finance Ministry just under seven years to launch its “reorientation where it concerns the future of the deposit regime”. This suggests that the idea of a deposit regime has been abandoned and the government is now studying the possibilities of coming up with an alternative to the G account system, which in turn suggests that the G accounts won’t be going anywhere any time soon.