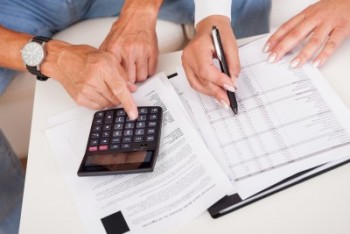 The court case below illustrates the importance of checking up on your accountant’s work: an oversight by him or her will place the responsibility for payment of an outstanding amount in value-added tax squarely with you including where you can prove that it was your accountant whose mistake it was.

A private limited-liability property development company had outsourced the filing of its value-added tax returns to its external accountants. It transpired in 2009 that the value-added tax for 2006 and 2007 had been understated in the relevant returns, and had consequently been underpaid owing to a member of staff at the accountancy firm having inadvertently overlooked the value-added tax breakdowns in the notarial invoices the company had received in connection with 2006 and 2007. Supplementary value-added tax returns were filed on the company’s behalf accompanied by a notice of inability to pay. “Too little, too late”, said the Inspector of Taxes, and went on to hold the director-cum-controlling shareholder liable for the tax debt.

It transpired in the course of the ensuing lawsuit that it had in fact been the accountancy firm’s fault that the value-added tax debt had come about in the first place, as it had considerably understated the amounts due and payable as per the returns it had filed on its client’s behalf. The director-cum-controlling shareholder took the view that he had rightly relied upon his accountant’s adequate expertise and that neither he nor his company could be blamed for the oversight. Unfortunately for him the Court of Appeal saw things rather differently where it pointed out that the director-cum-controlling shareholder himself should have noticed the discrepancies in the notarial invoices, in addition to which he should not have left the whole value-added tax kit and caboodle to his accountant without bothering to check up on the latter. The Court of Appeal’s conclusion was that the director-cum-controlling shareholder should have looked more closely into his company’s value-added tax returns and could therefore most certainly be held liable for the tax debt that had come about.

Do read the verdict (dutch)