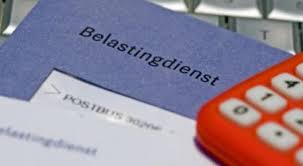 Entrepreneurs in principle have to charge value-added tax on the fees they charge on to their customers. Dutch value-added tax exemption may apply to services supplied to non-Dutch based customers owing to the actual service being provided abroad. According to Dutch legislation, Dutch-based entrepreneurs are deemed to supply their products and perform their services within the Netherlands unless they produce accounts, records or other data carriers in corroboration of this being different. The burden of proving that the customers are non-Dutch based businesses thus rests with the business owner who alleges that he should enjoy exemption from charging value-added tax in the Netherlands.

A business owner who operated a web site featuring holiday cottage rental advertisements invoiced those of his customers whose holiday lets were located abroad net of value-added tax, arguing that the rental of immoveable properties, involving as it did long-term operation, to all intents and purposes involved entrepreneurship. According to the Court, the mere consideration that the operator’s customers took out advertisements on the operator’s web site and were willing to pay an annual fee for the privilege did not prove that the customers were entrepreneurs. Customers when first registering with the web site were given the option of stating their value-added tax number, which the customers in question had failed to do. Even if the customers were to be regarded as entrepreneurs, this in itself did not prove that they were based outside the Netherlands. The Court dismissed as supplementary evidence the operator’s inclusion of foreign addresses for correspondence in the invoices raised with the customers in question, as the invoices had been dispatched by e-mail.