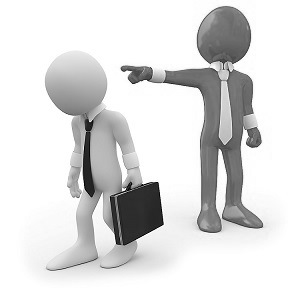 An employer filed a petition with the Sub District Court for the dissolution of the service contract with a high-ranking and highly paid member of staff who had joined the organisation just over a year earlier, having originally been approached and offered a service contract upon the employer’s initiative. The employee and his wife had resigned their positions in Italy in order to free themselves up for the move to the Netherlands and the husband’s acceptance of his new position. All kinds of problems within the employer’s organisation had resulted in the employer’s promises not being lived up to, an example being that the job title as per the employment contract did not match the position for which the employee had been recruited. According to the Sub District Court, the employer had wrongly been accusing the employee of not acquitting himself properly of the duties as per the employment contract: these were not at all the same as the employer’s actual duties, in addition to which the employer had not come up with any substantiation of the employee’s alleged failure to perform.

The Sub District Court considered it likely that the employee had borne the brunt of recent changes at executive board level owing to which the persons by whom the employee had originally been contacted and who had committed themselves had since left the organisation, which was now being headed by a new board of whose plans the employee no longer formed part. The Sub District Court went on to argue that the application of its customary formula for calculating the severance pay would do no justice to the employee’s circumstances and the degree to which the employer had been at fault, and decided that the employee should receive severance pay in the gross amount of 50,000 euros.