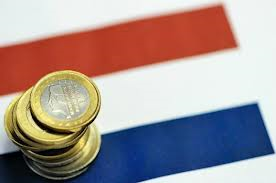 On January 1, 2015 the following important tax measures entered into effect in the Netherlands:

The opt-in regime for non-resident tax payers to be treated as Dutch residents for personal income tax purposes (especially to claim deduction of mortgage interest for their home located in their country of residence) is replaced by a regime that automatically grants certain allowances to certain ‘qualifying nonresident tax payers’. If a resident of another EU-country, Liechtenstein, Norway, Iceland, Switzerland, Bonaire, Sint-Eustatius, Saba, Surinam, Aruba, Curaçao or Sint-Maarten, pays taxes in the Netherlands on more than 90% of his worldwide income, this person will be regarded as a ‘qualifying foreign taxpayer’, who is entitled to the tax-deductions, tax credits and tax-free allowances as residents of the Netherlands.

In December 2014, State Secretary for Finance Wiebes has aligned a Policy Decree on the fiscal unity for corporate income tax purposes. This was necessary because the Dutch fiscal unity regime was not in accordance with EU-legislation. The Policy Decree makes clear that, for purposes of Dutch Corporate income tax, a fiscal unity between Dutch sister companies is also allowed if the parent company has its registered office in another EU-country. Furthermore, a fiscal unity in the Papillon-style (a fiscal unity of a Dutch-based company and its subsidiary in the Netherlands, which is held by a company established in another EU country) is also allowed.