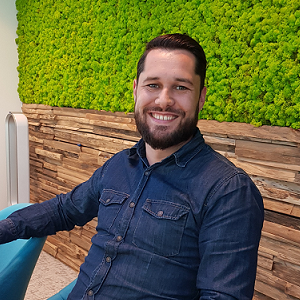 Entrepreneurs are entitled to deduction of any such turnover tax charges as relate to products and services used in connection with tax-charged operations. The Supreme Court in the Netherlands in a 2009 ruling decided that the use of any products and services sourced by an entrepreneur with the aim of keeping the enterprise’s operating assets in proper condition had to be deemed to be directly associated with the enterprise in question including during times in which a particular asset was not delivering any revenue, in which scenario it would not do simply to assume that the products and services sourced were not being used for taxed operations. Entitlement to deduction of the turnover tax component of sourced products accrues, and will continue to accrue, to the entrepreneur where the latter’s intention is to use the operating asset in aid of tax-charged operations.

Lessors of non-residential accommodation can opt for taxed or tax-exempt lease. The former option is confined to lessees whose use of the accommodation in question serves a purpose for which they enjoy (virtually) comprehensive input tax entitlement. The legislator has not rendered the reliance on said entitlement contingent on anything other than the corroboration – as evidenced by the (written) lease between the lessor and the lessee – of the parties having opted in favour of a taxed lease arrangement or, alternatively, of their having submitted a joint request for taxed leased to the Inspector of Taxes. When a (registered) property offers the dual option of taxed or tax-exempt lease, the relevant choice is not made until such time as a new lessee has been found. Some of the circumstances that will dictate the way to go will inevitably be beyond the lessor’s control.

The input tax set-off regime is aimed at neutralising in their entirety the (outstanding or paid) turnover tax charges associated with the entrepreneur’s economic activities. This object could be jeopardised if no tax input entitlement were available with regard to expenses incurred in providing for maintenance and repairs to non-residential properties that were temporarily sitting vacant (in between lessees) where the (eventual) taxed lease of the accommodation in question could not be ruled out beforehand. Having pointed out that scenarios such as this warranted the presumption being made that the possibility of plumping for the taxed lease option had to be regarded as implicit in the entrepreneur’s intention to contract a lessee for a particular property, the Supreme Court went on to confirm the input tax eligibility of the turnover tax component of products and services sourced in aid of preserving the proper condition of the property owing to the relevant turnover tax being attributable to future taxed operations.