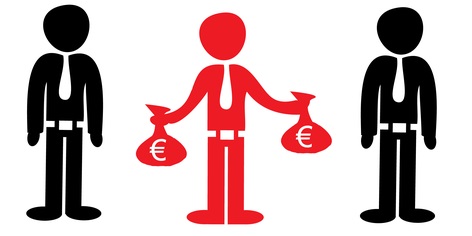 It used to be permissible for employers subject to permission from UWV, the Employee Insurance Board of the Netherlands, to dismiss an employee without having to compensate the latter. This changed when the Work and Security Act of the Netherlands came into force. The new legislation has made it obligatory for employers irrespective of the dismissal route to pay a transition allowance to anyone they have taken the initiative to dismiss where the dismissed operative had been an employee of theirs for more than two years. An interim scheme has been put in place for the period expiring on the first of January 2020 for smaller-scale employers in financially dire straits, in that these will not have to make allowances in calculating the transition allowance for the period covered by the employment contract prior to the first of May 2013. There conditions to be satisfied in order to qualify for the interim scheme are as follows:

According to the Eindhoven Sub District Court an employer can be said to have satisfied the conditions where the relevant business should on average have returned a loss for the three most recent financial years. The case in question revolved around a business which in 2013 had returned a profit and in 2014 and 2015 had posted losses. All in all the business’ result had been negative. An additional consideration was that the 2013 result had turned out positive owing to the business collecting insurance benefits that year – subject to compulsory reconstruction – for damages it had suffered the previous year. The employer had paid the dismissed employee a transition allowance in accordance with the interim scheme. The Sub District Court ended up denying the employee’s claim for being awarded the residual statutory transition allowance.