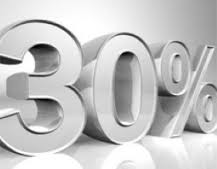 When an employee receives compensation from his or her employer for the additional expenditure of his or her temporary residency outside his or her country or origin, such compensation will be tax-exempt provided certain conditions are satisfied. This is the central plank of what is known as the “30% scheme” in the Netherlands, one of the conditions of which is that the employee as a “skilled migrant” should have been recruited abroad with the aim of his or her taking up a particular position in the Netherlands. The employee should moreover boast the kind of specific expertise that is in short supply in the Dutch labour market.

The Supreme Court of the Netherlands in a 2008 ruling defined a “skilled migrant” as someone who was neither a Dutch resident nor a Dutch-based employee when his or her employment contract with their Dutch employer was originally concluded, albeit that it would be permissible for such a skilled migrant in the past to have worked in the Netherlands as part of a training course or work placement arrangement. According to the Amsterdam Court of Appeal, it did not follow from the Supreme Court ruling that the term during which a particular employee had been a Dutch resident as a trainee or student was to be left out of consideration in ascertaining whether or not the employee had been recruited abroad, as the Supreme Court ruling had concerned the scenario of a Dutch-based employee who had not yet taken up Dutch residency. The Court of Appeal accordingly dismissed the appeal of a German national who had been seeking eligibility for the 30% scheme: as the employee in question had originally relocated to the Netherlands because of his studies and had entered into his Dutch employer’s service when he was already a Dutch resident, he failed to satisfy the conditions for admission to the 30% scheme