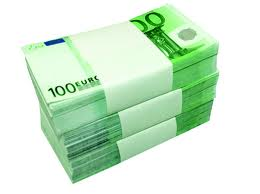 The Arnhem Court of Appeal recently added to the vast body of jurisprudence on the theme of non-arm’s length loans. A loan is to be regarded as non-arm’s length where it is entered into between affiliated parties subject to such terms and conditions as to expose the creditor to the sort of risk that no independent third-party lender would settle for. It is impossible in such a scenario to fix an interest rate at which an independent third-party lender would have been willing to furnish the loan on application otherwise of the same terms and conditions. Downward revaluation of a non-arm’s length loan against the result is not permissible. The reasonable division of the onus of proof would involve the inspector of taxes having to make a convincing case for the loan qualifying as non-arm’s length.

The Court of Appeal deliberated that the personal holding company had taken the bad-debt risk on board with the intention of serving and furthering the interests of its subsidiary company, this being the acquiring company. Even if it were assumed that the interest rate had been fixed at 7.5% (rather than 6%), this would imply that the surcharge for lending on the money had been fixed at a mere 0.3%. The bank charged an interest rate of 7.05% for a five-year fixed interest term, and would have charged a higher rate had a fixed-interest term of ten years been agreed. The Court of Appeal considered the additional risk margin to be so inadequate as to warrant the conclusion that no independent third party would have gone along with it.