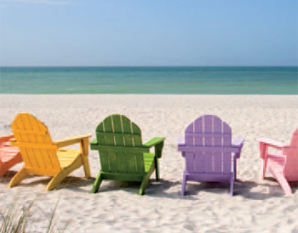 The Supreme Court of the Netherlands has ruled against the Dutch State for the latter’s tardy adjustment of national legislation in line with the relevant EU directive, and has duly ordered the State to recompense employees owing to their having been compensated for only part of their holiday entitlement.

The relevant EU directive provides for a minimum four-week entitlement to paid holidays per employee in all EU Member States. Cash settlement of the holiday entitlement is permissible only where the employee leaves his or her employer’s service. Although the EU directive in question should have been incorporated in national legislation no later than by 23 November 1996, it was not until 1 January 2012 that Dutch legislation was finally straightened out, in response – at that – to a clutch of EU Court of Justice rulings dating back to 2009. The Dutch regime until 2012 stipulated that in the event of long-term illness the employee in question should accrue a holiday bonus for the final six months of his or her sick leave only.

According to the revamped legislation, employees have the right to use up the paid holidays they have accrued during the calendar year in question and for another six months of said calendar year end. The sole exception – which, however, is confined to holiday bonuses postdating 1 January 2012 – is that of the employee in question not having previously been in a position to claim (part of) his or her holidays.

The Supreme Court of the Netherlands in proceedings brought by an employee whose service contract was terminated after more than two years of occupational disability on his part ordered the Dutch State to recompense the duped employee owing to the State having acted wrongfully by failing to ensure that the stipulations of the EU directive should promptly be incorporated in national Dutch legislation. At the time the employee was dismissed, he was recompensed for the 12.5 days off he had accrued over the final six months of his service contract. As he should have collected the cash equivalent of a total of 40 days off according to the EU directive, the Supreme Court ordered the Dutch State to make up the shortfall.