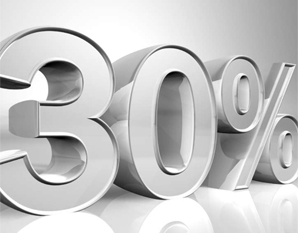 The Supreme Court not too long ago dismissed the application of the 30% tax ruling to a second part-time job where there had been a gap in excess of three months between the date of commencement of said part-time job and the date of termination of the original full-time position, and in doing so sided with the Advocate General whereas the Bois-le-Duc Court of Appeal had previously ruled against the Tax and Customs Administration for disallowing the application of the 30% tax scheme.

The 30% tax ruling is a flat-rate tax scheme for inbound expatriates by way of compensation for their additional expenditure when they are posted to the Netherlands for work. The essence of the scheme is that 30% of the aggregate gross remuneration qualifies as tax-exempt compensation for extraterritorial expenses. It is essential in order for the 30% tax ruling to apply that the worker In question should boast specific expertise which the Dutch labour market does not (sufficiently) cater for and that he or she should have been brought in from another country. The expat worker in question will be at liberty to change jobs without this causing the 30% tax regime to lapse on condition that the date of termination of the old job and the date of commencement of the new job should not be more than three months apart.

The Supreme Court established that the first non-executive directorship had only partially replaced the original service contract while it had taken the employee more than three months to find a replacement for the remainder of his work week, thus failing to satisfy the condition imposed on the continuation of the 30% ruling, in accordance – as the Supreme Court wrapped up – with the rationale of the regime in question.