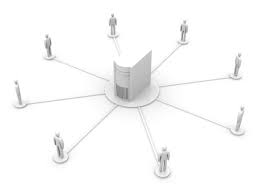 At the Global Forum meeting held in Berlin in October, Dutch Finance Minister Jeroen Dijsselbloem together with the emissaries of 51 other countries signed a proclamation providing for the automatic exchange of tax-related information. Under the new regime the Netherlands is to be provided from abroad with information concerning individuals who may have Dutch tax liability while conversely passing on information concerning individuals who may have foreign tax liability to the relevant countries.

Dutch financial institutions with a view to the above are to report details to the Dutch Tax and Customs Administration in much the same way as they are already doing in the context of FATCA, the Foreign Account Tax Compliance Act, with the Dutch tax office automatically passing on the information in question to the countries having undertaken to comply with CRS, the Common Reporting Standard. A total of 48 countries last week took the step of committing themselves to CRS-based information exchange with effect from September 2017, with three further countries confirming that they too will join the CRS-based information exchange process one year later, from September 2018 onwards.

Comments Jeroen Dijsselbloem: “The Netherlands is in the vanguard of the clamp-down on international tax evasion, with CRS enabling us to make great strides globally.”

The proclamation has been signed on the basis of the WABB convention (the Dutch acronym WABB is short for the Citizen Service Number (General Stipulations) Act of the Netherlands). The details of the obligations under CRS to report to the national tax administration are to be worked out at national legislative and regulatory level.

The Dutch Tax and Customs Administration with effect from September 2017 is to exchange financial details pertaining to 2016 with the national tax offices of the other front-running countries. Dutch financial institutions with effect from the first of January 2016 will be under the obligation to identify their clients on the basis of CRS, in verification of the country of residence and thus, of the potential liability for income tax in the relevant country. Natural persons and legal entities alike are to be identified, and reported on where appropriate, on the basis of CRS.