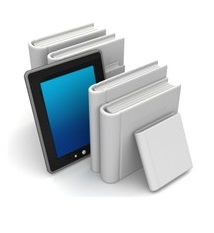 Rate differential between books and e-books

According to the EU Value Added Tax Directive it is permissible for the Member States alongside the regular value-added tax rate to deploy one or two reduced rates, albeit that these may only be applied to specific supply and service categories, which are set out in an appendix to the Directive. One of these special categories concerns the supply of books. The provision of the Directive originally dealt specifically with printed (physical) books until 1 June 2009, when the words “to all physical carriers” were added to the definition. Nevertheless a number of Member States – the Netherlands among them – have to date continued to reserve the reduced value-added tax rate for books that appear in a printed format while excluding e-books and CD-ROM books.

A Finnish publisher petitioned the European Court of Justice with the question as to whether it was permissible to apply different rates to books depending on appearance. The Court states that it was in principle up to the Member States themselves to decide which of the supplies and services outlined in the appendix to the Value Added Tax Directive should come under the reduced value-added tax rate, albeit that due allowances had to be made for the principle of fiscal neutrality, according to which it was not acceptable to mete out different value-added tax treatments to similar competitive products or services. The “similarity” of the supply or service is to be determined from the perspective of the average consumer. “Similar” products have similar characteristics and meet the consumer’s same needs. The differences between the products should have no substantial impact on the consumer’s choice in favour of one product or the other.

At this stage it is up to the Finnish court to ascertain whether the average consumer can be said to consider printed books and e-books on alternative physical carriers as similar. If the inquiry bears out that the average consumer main concern is that books should substantively be identical irrespective of their format, this will put paid to the selective deployment of the reduced value-added tax rate.