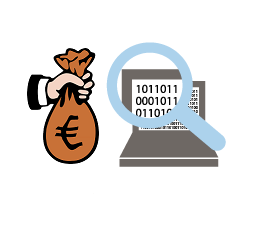 R&D hours to be filed before first of April

Those who have availed themselves of the above facility in 2014 are required to report the research and development hours actually worked in 2014 and the associated costs and expenses before the first of April 2015, on pain of having a penalty imposed by RVO, the Netherlands Enterprise Agency.

The S&O scheme by conferring entitlement to reduced withholding tax enables savings to be made on the labour costs of those members of staff whose work involves innovation, whereas the RDA can help boost the profit allowance in connection with other innovation project related costs such as the costs of prototypes or the acquisition costs of research equipment (i.e. costs of the non-labour variety).

You should file an application for an advance ruling with the Netherlands Enterprise Agency in order for you legitimately to apply the S&O withholding tax reduction and RDA.

Those of you to whom the Netherlands Enterprise Agency issued rulings in 2014 are required by 31 March 2015 at the very latest to report the hours actually worked and costs actually incurred. Discrepancies between the actual hours and costs and those as per the ruling will prompt a corrective ruling being generated. Please note that you must report the actual hours worked and costs incurred even if these have turned out identical to those as per the 2014 ruling, on pain – potentially – of having a penalty imposed on you for tardy reporting or failure to report altogether.

The Netherlands Enterprise Agency may decide to pay you a visit once you have provided them with the requisite information, to make sure that your S&O records are complete and in concurrence with the hours and costs as reported by you.