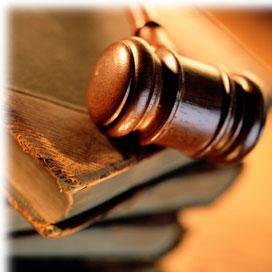 There is no scope for application of the substitution rulings where the tax payer in question could in principle have created a reinvestment reserve, as it is not up to the tax payer to choose between creating a reinvestment reserve and applying the substitution rulings: this is the purport of a recent ruling by the Supreme Court of the Netherlands.

The case in question involved a private limited-liability company which in the immediate wake of the sale and transfer of its shares went on to sell an immoveable property to its former director-cum-controlling shareholder. The Tax and Customs Administration responded by adjusting the company’s profit by releasing the reinvestment reserve. According to the Arnhem Court of Appeal, the Inspector of Taxes had argued in a sufficiently plausible manner that the decision to unload the property had been made in anticipation of the transaction involving the company’s shares and the creation of a reinvestment reserve had thus not been permissible according to the Netherlands Corporation Tax Act. The Inspector of Taxes had adopted as his position that there could be no scope for application of the so-called substitution rulings in such a scenario. The Court of Appeal begged to differ, however, arguing that the legal provision in prevention of the creation of a reinvestment reserve was not sufficiently far-reaching as to preclude the application of the substitution rulings. It was permissible to apply the substitution rulings where the tax payer in question at the time it divested a particular asset had concrete intentions in direct connection with the sale in question to procure a different asset, in lieu – both functionally and beneficially – of the original asset it had come to replace where the company’s capital was concerned. The principle of sound business practice made it acceptable in such a scenario to dock the book value realised on the divestment of the original asset being from the cost of the replacement asset. The Court of Appeal came to the conclusion that no use could be made of the substitution rulings in the matter at hand owing to there not having been any concrete intention to replace one asset with another.