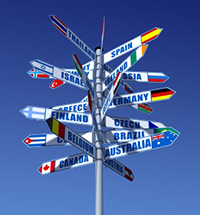 Double taxation conventions are in force by virtue of which the right to levy taxes on dividends collected by Dutch residents accrues to the Netherlands. The upshot of tax being levied on flat-rate returns forming part of Box 3 as per the Netherlands Income Tax Act 2001 is that rather than being taxed in connection with the dividend he or she has collected, the Dutch resident is taxed on amounts which have been calculated in a fixed manner. According to the Supreme Court this must not be taken to mean that the Netherlands has overstepped the boundaries imposed by the double taxation conventions where it concerns its right to levy taxes: where the levying right on particular types of income has been assigned to the Netherlands, the latter under the relevant tax treaties is in a position to tax the relevant income in accordance with national legislation where it concerns the levying method, the reference date to apply to the income in question, the calculation of the level of income and the method of computing said income. There may be scope within the relevant context for applying flat and/or notional rates. There are limits to said scope, however, in that it would not be permissible in the event of income having been assigned to a country other than the Netherlands to undo such assignment by interpreting the income in question differently on application of Dutch national law. There is no question of this restriction where it concerns participating interests in investment funds, the income from which may be collected by the investor as dividends or as capital gains. The right to levy tax has been assigned to the investor’s state of residence irrespective of what form the income takes.