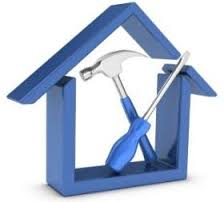 Entrepreneurs are under the obligation to charge turnover (or value-added) tax on all prod­ucts they supply and/or all services they render for valuable consideration. A customer will be deemed to have been “supplied” with a particular item as soon as the control of that item has been surrendered to him or it. Sometimes the mere transfer of legal title is not enough to achieve such transition of control.

The Supreme Court was asked to address the question as to whether a municipality had or had not given possession of a newly built school building to a foundation. Legal title in respect of the building had duly transferred. The Advocate General in her Statement of Find­ings argued that the power to dispose of the school building as a quasi-owner could not be said to have transferred to the foundation owing to the municipality having incorporated a whole ream of restrictive conditions in the transaction, so that there could not be any ques­tion of “transfer” as defined in the Netherlands Turnover Tax. The Supreme Court – on refer­ence to a recent ruling in a similar case – begged to differ, arguing that there had most cer­tainly been a question of transfer as per prevailing legislation. The statutory restriction of the power to divest oneself of school buildings, the Court argued, was irrelevant as long as the building in question in terms of designated use was earmarked for providing education. The transfer of title to the foundation as the competent authority in terms of turnover tax had to be acknowledged as possession having been surrendered by the municipality. The buy-back option included in the contract of sale, the Supreme Court went on to state, did nothing to detract from the fact that the building had indeed transferred from one party to another.

The Bois-le-Duc Court of Appeal, to which the matter was referred back by the Supreme Court, ruled that there had been a question of abuse of rights and that the municipality for this reason lacked entitlement to dock the turnover tax charged in connection with the construc­tion of the school building. According to the European Court of Justice in its Halifax ruling, “abuse of rights” is contingent upon the following dual requirements being met: first, the awarding of a tax gain in breach of the purport of the EU Directives and second, the express intention on the part of those involved to secure said tax gain. It was abundantly clear that the latter had been the object of the contractual transfer, enabling as it did the dock­ing of turnover tax at municipal level whereas this would have been impossible at the level of the foundation. The municipality from the start could have opted for a “reduced turn­over tax” set-up. By doing so at too late a stage, when the build had already got well under way, the municipality had created an artificial right to deduct turnover tax, contrary to the neutral­ity principle underpinning the turnover tax  regime and the purport of the relevant EU Directive.