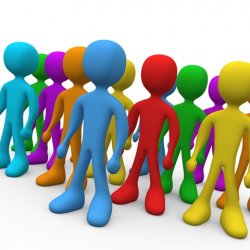 The question as to whether a private-law service association is entertained between two parties hinges on three criterions, one of which is whether a relationship of authority exists between the parties. The Amsterdam Court of Appeal found itself addressing this very question in a matter involving a particular society and the latter’s membership.

The society’s members were under the obligation to perform particular duties on the society’s behalf, in exchange for a fixed monthly fee. The point of departure was that the members should work a 16-hour week each, on set-off of greater or smaller numbers of hours worked. Although the District Court at a previous stage had ruled differently, the Court of Appeal decided that a relationship of authority did indeed exist between the society and the latter’s members: although the members owing to their having the voting right were in a position to influence the society’s policy, the society itself was nevertheless authorised – and availed itself of the relevant powers – to issue instructions regarding the performance of the work, whereas the members for their part were under the obligation to abide by said instructions. The society would arrange for a performance review to be held with any member whose performance was deemed not to be up to par or who consistently turned up late, and could as a last resort follow up on this by suspending or dismissing the member in question.