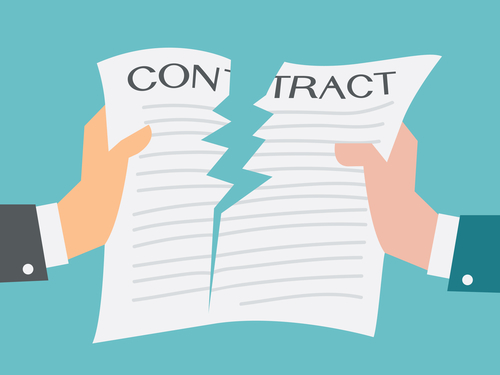 Statutory reflection period in wake of termination by mutual consent

Employment contracts can be discontinued as a result of dismissal (by the employer) or resignation (by the employee), or they can be terminated by mutual consent. It has been compulsory since 1 July 2015 in the latter scenario to provide for written confirmation to the relevant effect (by means of a termination agreement, for example), with the employee having the next two weeks (without having to disclose the underlying reason) to change his or her mind by advising his or her employer accordingly in writing. The start of this two-week reflection period coincides with the date of conclusion of the termination agreement. The Rotterdam Sub District Court recently found itself adjudicating a dispute about when exactly a termination agreement could be regarded as having been concluded.

According to the Sub District Court the answer to the above question was not to be found in the actual phrasing of the law. This had prompted the Court to look into the legislative history, which had led it to conclude that the “written” criterion should in any event be regarded as having been satisfied as soon as the employee had placed his or her signature, in accordance with a 2008 Supreme Court judgment in a case involving a competition clause. The Rotterdam Sub District Court accordingly ruled that the employee had acted in good time when he wrote to his employer in rescission of the termination of his employment contract. Had the Court taken the date of agreement being reached between the parties’ respective lawyers concerning the termination agreement as its point of departure, this could only have meant that the employee’s reflection period had already expired by the time the employer considered the employment contract as being over and done with.

The “twist in the tail” was that several weeks later the employee had had his lawyer send the employer’s lawyer an e-mail message announcing that he had belatedly decided to submit to the termination agreement, and in doing so according to the Court had reversed his earlier rescission, it having been fair for the employer to rely on the announcement in question having been made on the employee’s behalf without any of this causing a fresh reflection period to commence.