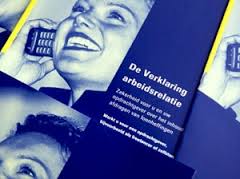 A “declaration of independent contractor status” or “VAR”, to use its Dutch acronym, is a useful tool whenever there is scope for confusion within a particular working relationship as to whether or not withholding taxes are to be docked from the worker’s wages. The VAR regime is set to undergo amendment in 2015. Anyone who already has a VAR for 2014 and will be performing the same work in 2015 need not reapply for a new VAR for next year, as it has been decided to extend the validity of the 2014 VAR until the new regime has been rolled out. The option is still available to apply for a VAR for 2014 (or for 2015, for that matter).

There are four different types of VAR depending on the working relationship between the worker and his or her principal(s):