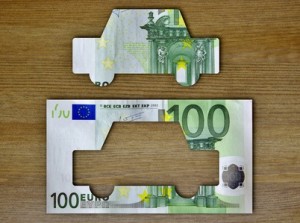 VAT adjustment for private use of company car

The VAT Directive puts the use for private purposes of a company car on par with a service for valuable consideration. The taxable amount is the amount in VAT-charged costs incurred in connection with the service, which amount is liable for value-added tax. The Netherlands additionally offers the option of a flat-rate scheme according to which 2.7% of the vehicle’s guide price inclusive of value-added tax is charged in connection with the use for private purposes. The scheme in question, which first came into effect on 1 July 2012, has been subjected to District Court scrutiny on several occasions, one of which involved the following questions being addressed:

The District Court ruled that the inconsistency between the flat-rate scheme and the VAT Directive did not affect the validity of the decision of which the scheme formed part. It would be up to the entrepreneur who had a problem with the amount in VAT calculated using the flat-rate scheme to convince the tax authorities that he had paid more in VAT than he should have according to the VAT Directive. The case in question had involved the inspector of taxes in response to an objection granting a value-added tax rebate in accordance with the computation method as per the VAT Directive, which had nixed the flat-rate scheme. It was for the latter reason that the District Court never got around to answering the second and third questions.

Read our articles: VAT adjustment for private use of company car after 1 July 2011 and Infringement of neutrality principle?