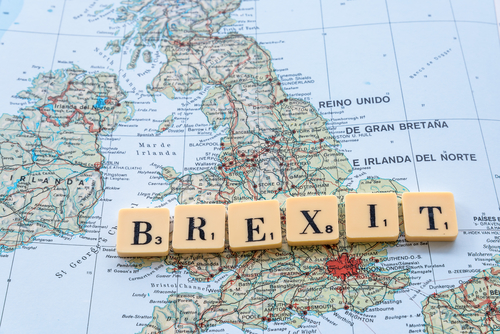 Which consequences will Brexit have for tax residency?

For months, the British referendum on EU membership has dominated the global news cycle. And now, the United Kingdom has voted. Over 33.5 million people flocked to the polling stations to cast their votes, making for a massive 72.2% turnout. Some 17.4 million of them chose to break away from the European Union, giving the “Leave” campaign a slight majority at 51.9% of the vote.

For better or worse, it is sure to become a historic decision. It already has, in more ways than one. But the consequences of Brexit are still unfolding and will continue to do so for quite some time. Markets are in turmoil, the pound has taken a tumble and many international corporations have been left scrambling for advice and contingency plans.

It is already clear that Brexit will have serious repercussions for companies that have tax residency in the UK. But just how serious might these repercussions be? And what can they do to avoid them?

The outcome of the British referendum created shockwaves in the European marketplace. This sense of panic and uncertainty was perhaps the first of Brexit’s far-reaching consequences, and it was felt most acutely by the multinationals that have taken up tax residency in the UK. For years, the country has been a bastion of financial stability. Now, uncertainty reigns supreme.

This uncertainty is an outright nightmare for any company that craves stability, as the full scale of the fallout has yet to reveal itself. Other members of the EU have already come out in favor of imposing trade restrictions on the United Kingdom, which could seriously limit the economic advantages and freedoms currently enjoyed by British tax residents. Furthermore, the UK withdrawal from the EU will undoubtedly have an impact on their economic cycle. Efforts by the government to combat these effects could lead to unpredictable fluctuations in corporate tax rates, turning an already unattractive scenario into a downright ghastly one.

But even if the house is left standing after the dust settles, the uncertainties raised by Brexit mean many companies will have a hard time reconciling British tax residency with the need for a sound, long-term fiscal strategy. And there are strong indications that key international players have already begun to look elsewhere.

Could the Netherlands be the next safe haven?

As a global financial power in its own right, the Netherlands has always been an attractive country of residence for multinational companies. And with good reason: the Netherlands has more tax rulings than almost any other country on Earth and has established trade and price agreements with most of the world. In addition, the Dutch 30% tax ruling for expats provides foreign professionals with sizable tax exemptions, which has made the country a beacon for a diverse, international workforce.

There is no reason to assume that corporate tax residents in the United Kingdom are blind to these advantages, especially now that many of them will be exploring options for new fiscal homes. The Dutch government has already announced its plans to lower the corporate tax rate, which will make it an even more attractive alternative for large multinationals. IT companies in particular will find few reasons not to make the leap, given that Dutch fiscal legislation provides subsidies and tax cuts to businesses that concentrate on innovation.

Stability amid the confusion

Dutch fiscal policy may be complex, but it is also widely known to be fair and even-handed. The tax climate in the Netherlands is favorable to international organizations, and it only takes half an hour to fly from London to Amsterdam. It literally is the shortest route into the European market, and it stands to reason that many companies will take it as they seek to isolate themselves from the consequences of Brexit.

As it stands, only one day after the results of the vote were in, Koppel Services has already been contacted by two companies that are considering the option of leaving the United Kingdom and applying for tax residency in the Netherlands. Nobody can say for certain what the future will bring, but in a world where business leaders place a premium on fiscal stability, they probably won’t be the last to make the switch.